Until the 1920s, most pits in Britain had no washing facilities. The miners finished their shifts and went home in their pit muck. The Miners’ Welfare Fund, established in 1921, was financed by a levy, or tax, on coal. Initially coal owners paid one penny for every ton of coal sold and miners also contributed from their pay packets. The fund was establised to improve social well-being for miners and their families and this included building pithead baths. By the end of World War II, baths were available for around 63% of the workforce. 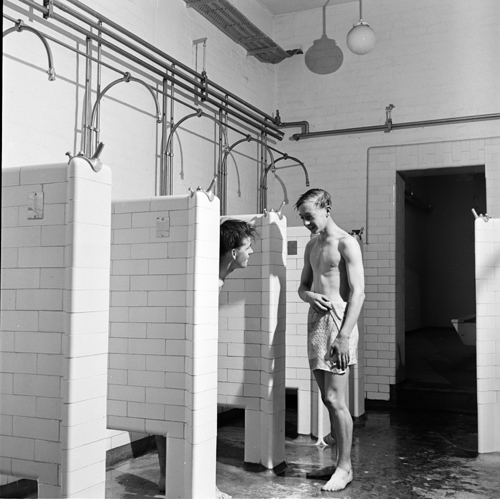 Health, Safety and Welfare
Image of Miners in Showers 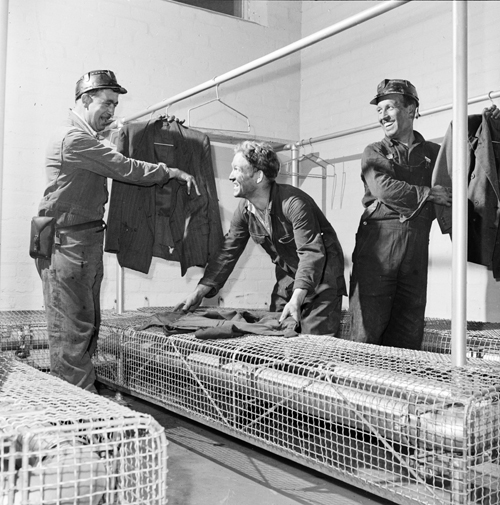 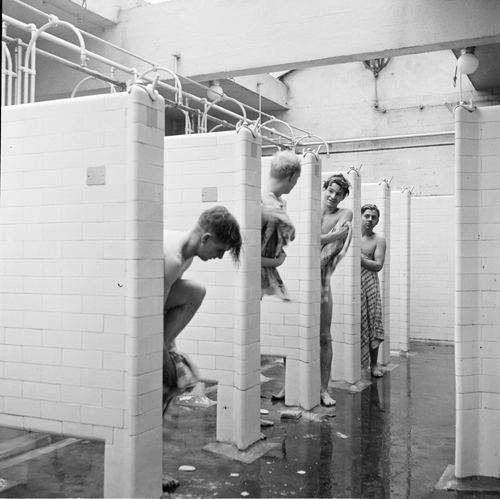 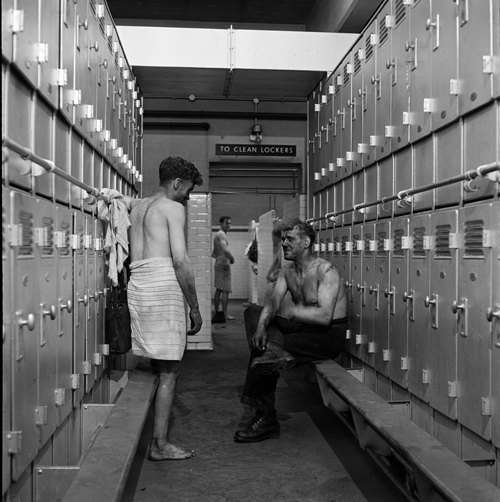 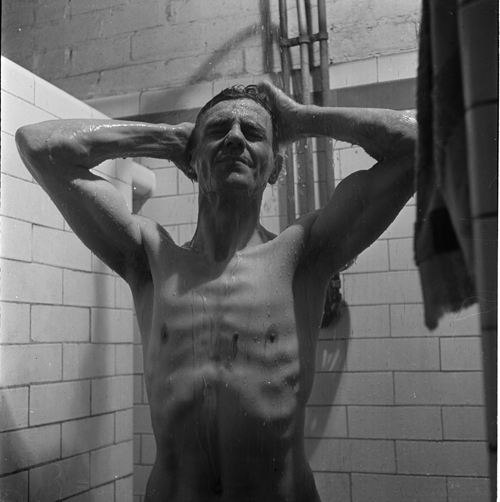 Health, Safety and Welfare
Image of a Miner Showering 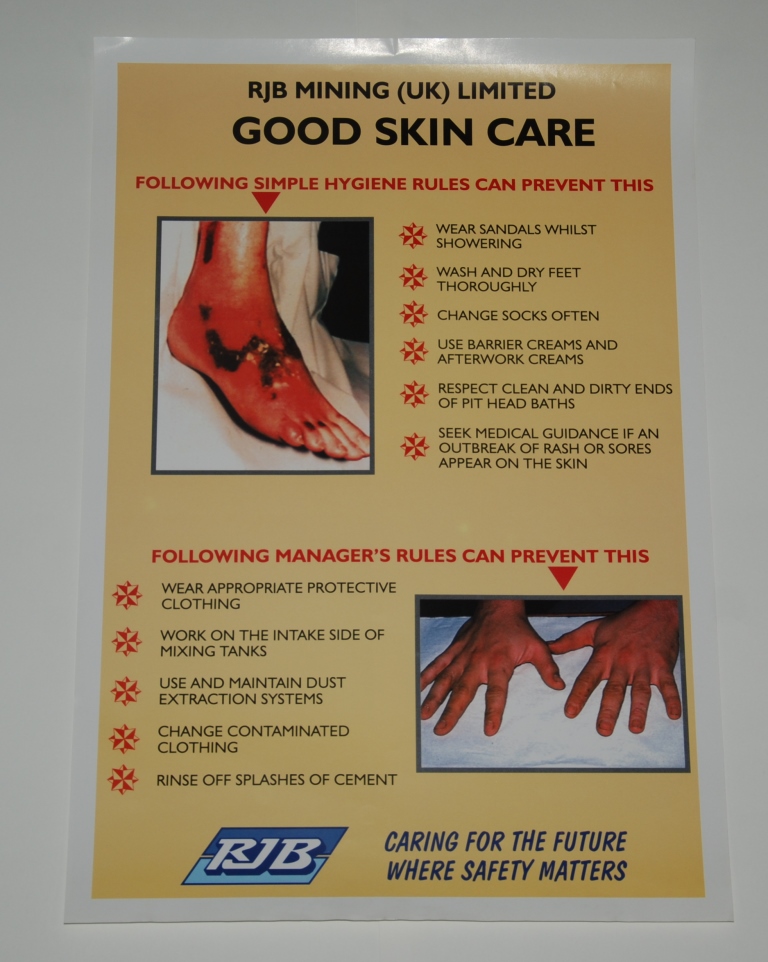 Health, Safety and Welfare
Skin Care Poster
We use cookies on our website to give you the most relevant experience by remembering your preferences and repeat visits. By clicking “Accept”, you consent to the use of ALL the cookies. However you may visit Cookie Settings to provide a controlled consent.
Cookie settingsACCEPT
Manage consent