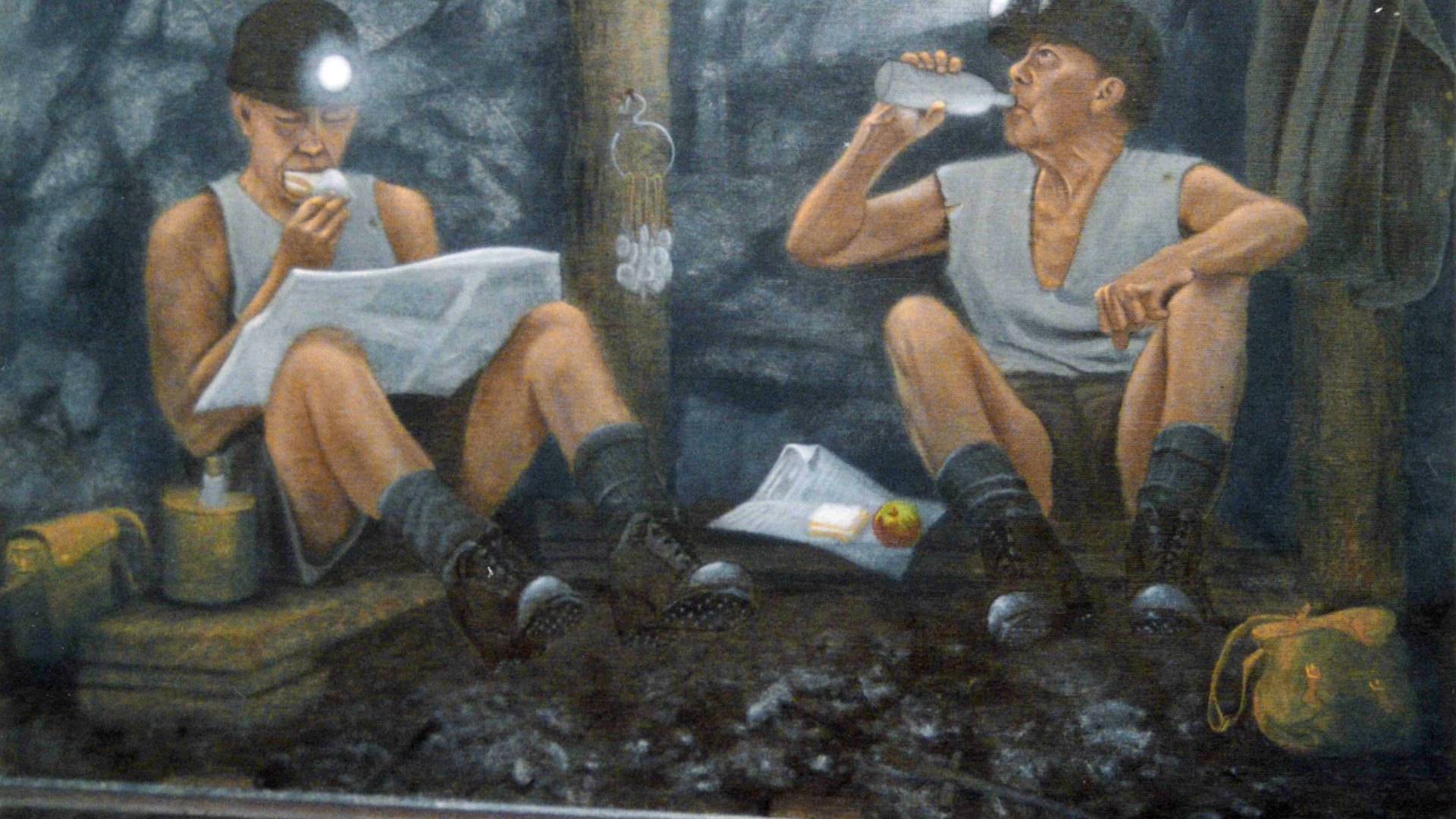 Food/Snap/Bait Time was an important part of the miner’s day as their physical jobs meant that they had a huge calorific requirement but it wasn’t always that easy to meet this need.

In 1999 Tom Lamb painted ‘Putters Having their Baits, No.2’ which depicts two miners seated underground having their baits. One is reading a newspaper while eating a sandwich while the other looks on drinking water from a glass bottle (which was forbidden underground at most pits). The painting is directly based on an early sketch that Tom made while working at Craghead Colliery.

The painting is fairly typical of snap/bait breaks underground and space was a luxury they didn’t have:

“Miners always had so much trouble with indigestion. I can see why because they rarely straighten up to eat and generally ate curled up in a ball. My dad used to take an awful lot of baking soda to work with him. We would measure out teaspoonful of soda and wrap them up in little pieces of waxed paper. Then we would put about four or five of them in his dinner bucket.

He would pour them in his mouth and take a drink of water. He did this after he ate because there was no way he could get his food to go down right.

According to another article, “Were he to take a full meal, his digestion would be entirely suspended or unduly hurried”

If you would like to see more artists impressions of Snap Time! Join us Wednesday to Sunday between 19 and 27 February where we will be displaying these and more works by artists and photographers on the Art Ramp in the Mining Lives Gallery and celebrating Snap Time through a series of events across the museum. 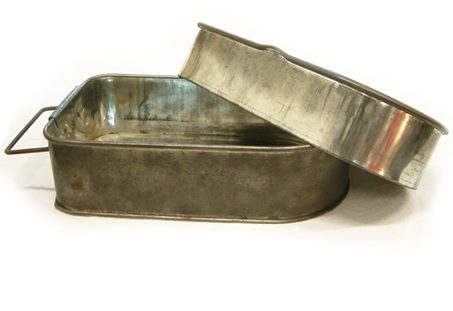 Snap Time!
We use cookies on our website to give you the most relevant experience by remembering your preferences and repeat visits. By clicking “Accept”, you consent to the use of ALL the cookies. However you may visit Cookie Settings to provide a controlled consent.
Cookie settingsACCEPT
Manage consent