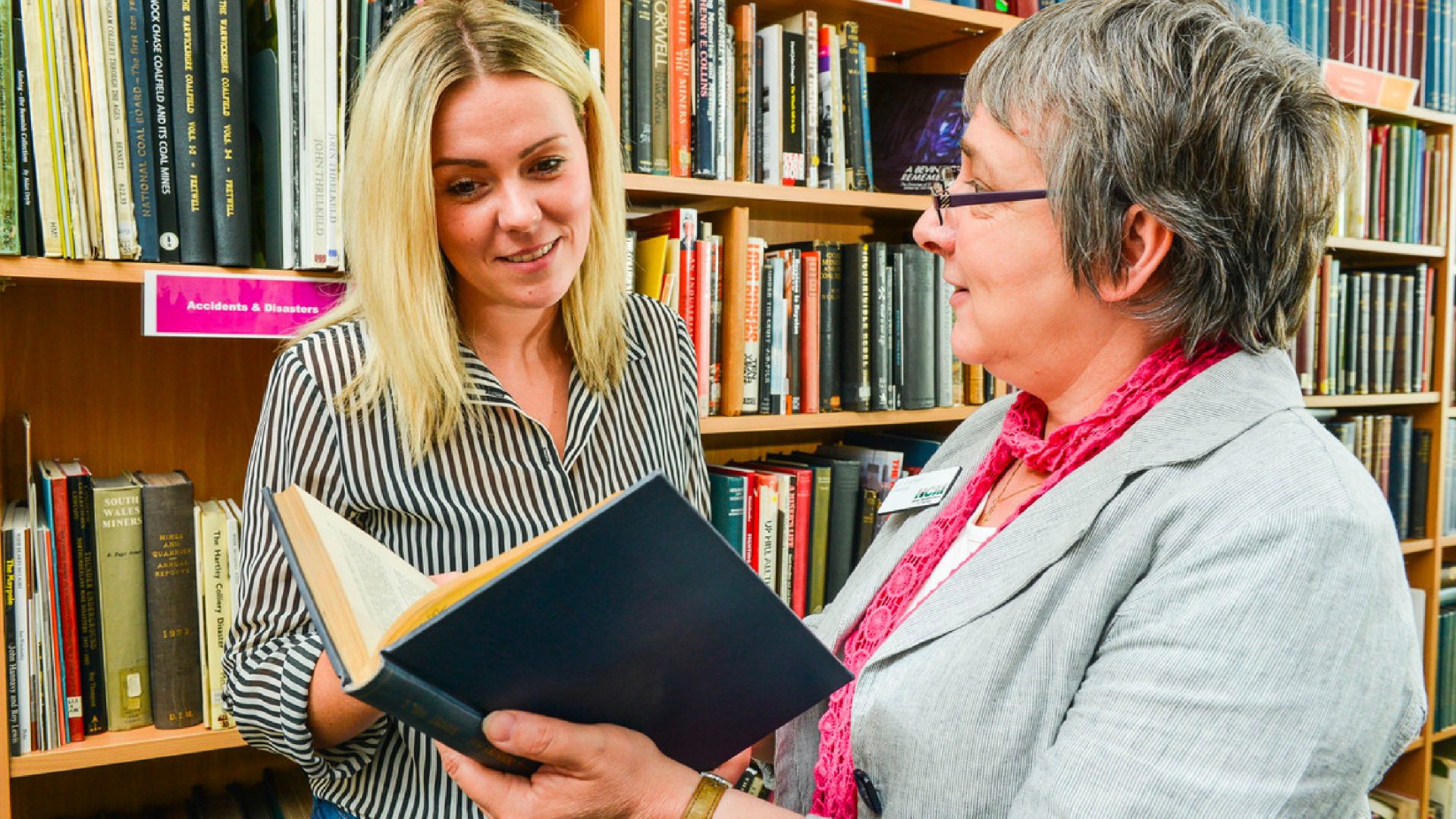 The British Coal Corporation (BCC) had started to dispose of many of its assets in the late 1990s and several boxes of books were offered to the National Coal Mining Museum for England by the Nottinghamshire base of BCC at Eastwood Hall in December 1996.

The boxes of books turned out to be important mining related texts, mainly from the nineteenth century and some from the eighteenth century. There is an early work of Fodinae Regales (1670) by Sir John Pettus, who was Deputy Governor of the Royal Mines in England and Wales and served both Charles I and II.  He gives a history of activity in the Mines Royal in England from the earliest times, as well as the legislative framework surrounding mining.

The collection also holds a translation of Louis Simonin’s Underground life, or mines and miners by   (1869) by Henry W Bristow. This book is said to have been the inspiration for Emil Zola’s Germinal, with many beautiful engravings.

In the main, the collection covers economic, technological and social developments in all coalmining areas of Britain.

In addition to the content, the books themselves show a wide range of literary style, illustrations and bindings, which add to the beauty of the collection.

Discover books from this collection here:

As far back as the thirteenth century individual Coal Meters had been employed by the Crown and possibly even by the Woodmongers and Coal Sellers to collect the tax revenue on coal. The tax on coal coming into London was a considerable source of revenue.

After the Great Fire of London in 1666, duties were increased to pay for rebuilding. Three-quarters of this money was used to rebuild churches in the City of London, including St. Paul’s Cathedral. By 1831, an Act of Parliament had abolished individual Meters and in 1832 the Coal Meters Committee was formed by the Coal Factors Society (1761) and the Society of Owners of the Coal Craft (1739). The latter adopted the title of the Society of Coal Merchants in 1836.

Over the years tax collection became more centralised, and the role of the Committee Members became more of a protectorate for colliery owners, shippers and ultimately the final customer, ensuring that no-one was ‘short changed’. The Committee was now funded by charges made on companies whose coal was metered.

Further centralisation, modernisation and nationalisation of the industry meant that by the 1960s, the day-to-day activities of the Meters ceased. Using the surplus capital retained, the Committee was tasked with trying to save for future generations the inherent values of one of the United Kingdom’s greatest industries. The Committee used their surplus income to acquire coal trade artefacts – many of which are now in the collection of the Museum.

It was also felt important that the Committee must, with the founding of the Worshipful Company of Fuellers, give support also here. This was initially through the setting up of a Charitable Fund and subsequently with annual donations, which still continue today.

The Library has collection of publications from the Coal Meters, many of them relating to the legislation that governed and regulated the coal trade. These date from the 17th century and form an important addition to the Museum’s library.

Discover books from this collection here:

Both collections are accessible during Library opening times.