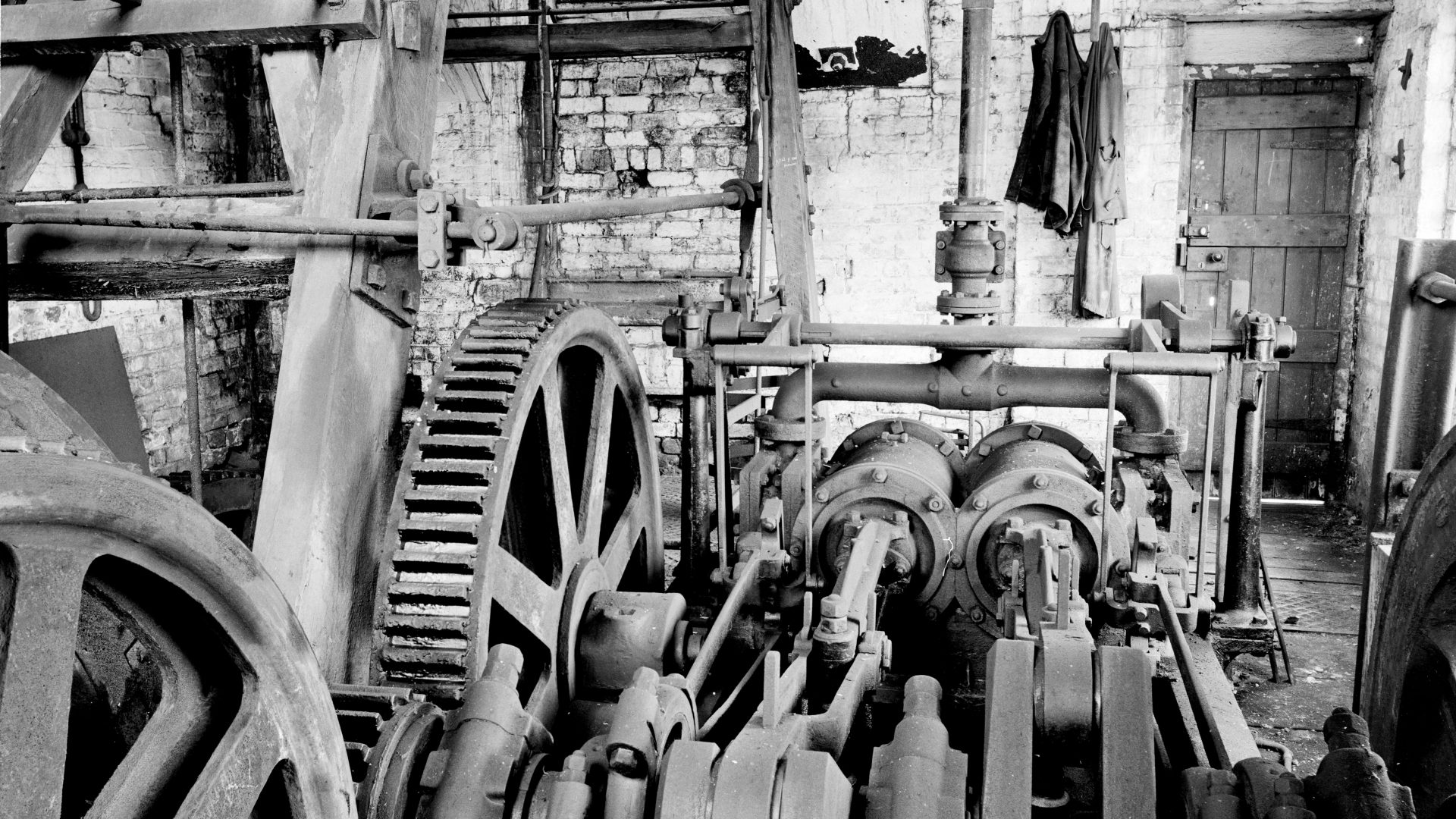 Home / Learn / The Rise of the Steam Engine

The Rise of the Steam Engine

A question that might be posed is ‘who invented the steam engine?’ The answer is that it wasn’t a single person but an accumulation of ideas and discoveries over a long period of time. It was known as far back as the ancient Greeks that steam could produce movement. This was shown by directing steam across a model windmill, which began to turn. But it was only when the coal mining industry had started to develop that steam was looked at as a viable power.

The first useful application of steam power was patented in 1698 by Thomas Savery. 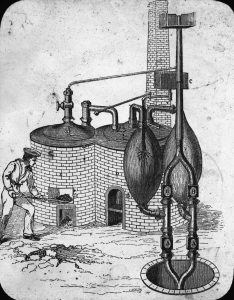 He described it in a book using the title ‘the miner’s friend’ because it was intended to raise water and so could be used to drain mines. It was not a true engine in that it had no moving parts. Steam was fed into a downpipe going into the water and then cooled so it condensed creating a vacuum which drew the water up. Limitations of boiler construction meant that only low pressure steam could be used meaning the maximum height that water could be raised was about 9 metres so it was only really of use in a shallow mine. In fact very few were used as there were a number of explosions that made mine owners very wary.

The first successful steam engine involving a piston was developed by Thomas Newcomen. The first of these was installed in a mine in or just before 1712. Again its purpose was to pump water. Along with collapses and explosions, flooding is one of the great dangers of working underground. When we think of steam engines we tend to think of locomotives. Here we see that the need to drain a mine led to the development of the steam engine about a century before it was first used for transport. 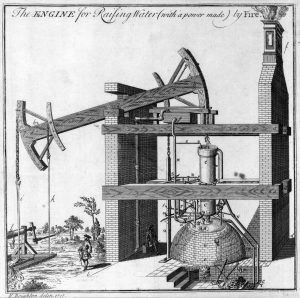 Newcomen himself referred to it as an atmospheric engine although now it is often referred to as a beam engine. It worked very differently to later steam engines. In these early engines the steam pressure was not high enough to drive the piston. The pressure was limited by the quality of the boiler which in early days was made of copper and then later riveted iron plates. These could fail at anything more than a very low pressure, resulting in a catastrophic explosion. Instead the engine made use of atmospheric pressure hence its original name. Its structure was like a seesaw. On one side there was a weighted rod going down the shaft. On the other side there was a piston operating in a cylinder. The rod was heavier than the piston so as the rod fell it pulled the piston upwards drawing steam into the cylinder from a boiler underneath. Water was then sprayed onto the cylinder to cool it and condense the steam. As the steam turned to water it created a vacuum in the cylinder and atmospheric pressure above the piston pushed it back down. This was the power stroke which drove the engine, whereas in later engines it was the pressure of the steam entering the cylinder that produced the power. Via the seesaw mechanism the piston raised the weighted rod in the shaft which as it fell again due to gravity forced water at the bottom of the shaft upwards through a pipe.

Newcomen’s engine was very inefficient. It used a lot of coal to raise a small amount of water. Spraying water on the main cylinder cooled it so it had to be reheated by the steam in each cycle. James Watt made significant advances in the technology between 1763 and 1776. First he added a separate condensation chamber which remained cold while the main cylinder remained hot. The next improvement was the addition of an insulating jacket for the main cylinder. The third improvement was a better boiler so that the steam pressure could be raised enough to use the expansion of the steam to provide power which had been wasted in the Newcomen engine. These improvements reduced coal consumption by about 75%. The early Watt engines were still used for pumping. 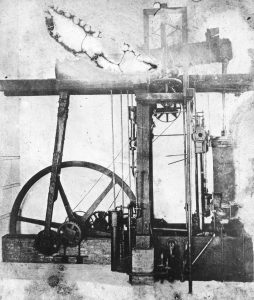 In subsequent years Watt designed further improvements including a crankshaft and flywheel to convert reciprocating motion to rotation, and a centrifugal governor to maintain more constant speeds. Watt was not prepared to consider a truly high pressure system for fear of explosions and his patents prevented others from developing this system for a number of years. This didn’t stop people experimenting and during the late 18th century a number of safety features were designed that made high pressure engines safe. Even after the development of the high pressure engines, atmospheric engines were still being used and even installed, including on the museum’s site.

As soon as Watt’s patent expired there was an acceleration in the development of steam power. In 1800 William Trevithick developed a high pressure steam engine. Now all the power came from the expansion of the steam and the condensation phase was not needed. His engines could run at much higher speeds and generate more power for a given size and weight. Although they needed some water to produce the steam they did not need a constant large volume of water to cool the condenser, giving the possibility of making them mobile. In fact he built the first self-propelled steam engine that ran on roads in 1801 but this was destroyed when the driver left the fire burning with insufficient water. Only three years later in 1804 he built a steam rail locomotive that did work but it was very heavy and frequently bent the rails, so that technically it worked but was in practice of little use.

Another innovator was John Blenkinsop. 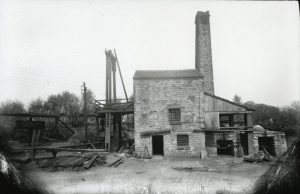 This man has a connection to Caphouse colliery in that he was employed as a freelance mining engineer to plan the sinking of a deeper shaft at Caphouse, and new shafts at Hope pit, and Blossom pit that was on the other side of the road from museum. Blenkinsop was the manager of Middleton colliery in Leeds. He designed the first steam locomotives to run on a commercially viable railway in the world to transport coal from that pit. The shortage of horses and fodder brought about by the Napoleonic wars had made steam haulage much more attractive. His first locomotive was built in 1812. 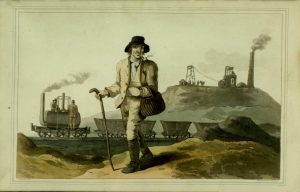 It was the first two cylinder locomotive which meant it could produce more power from a lighter engine. It could haul 90 tons of coal at 4mph which doesn’t sound impressive to us now but it was a phenomenal advance on horse drawn transport. George Stevenson visited the railway. It was only a few years later, in 1825 that the first passenger railway was opened between Stockton and Darlington hauled by engines designed by Stevenson. This is probably the first example in history of a huge acceleration in technological advance which is as impressive as space travel and computing in later centuries. From the point of view of the history of coal mining it is important to realise that none of these innovations would have taken place without the need to solve a specific problem, namely the need to pump water from mines to prevent flooding. And the principle of expanding gasses being used to create motion is used in the internal combustion engine and the generation of electricity. Without these and other great pioneers you wouldn’t have a car or an iPad. 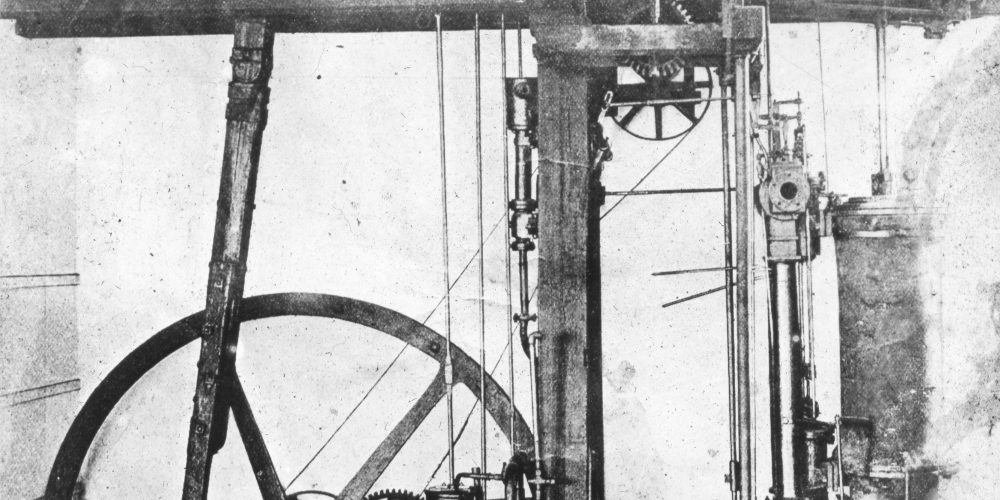 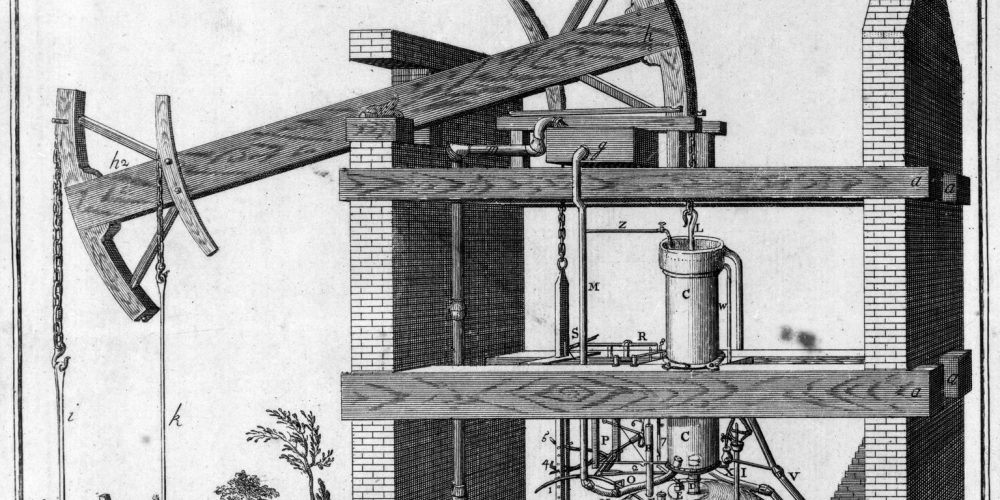 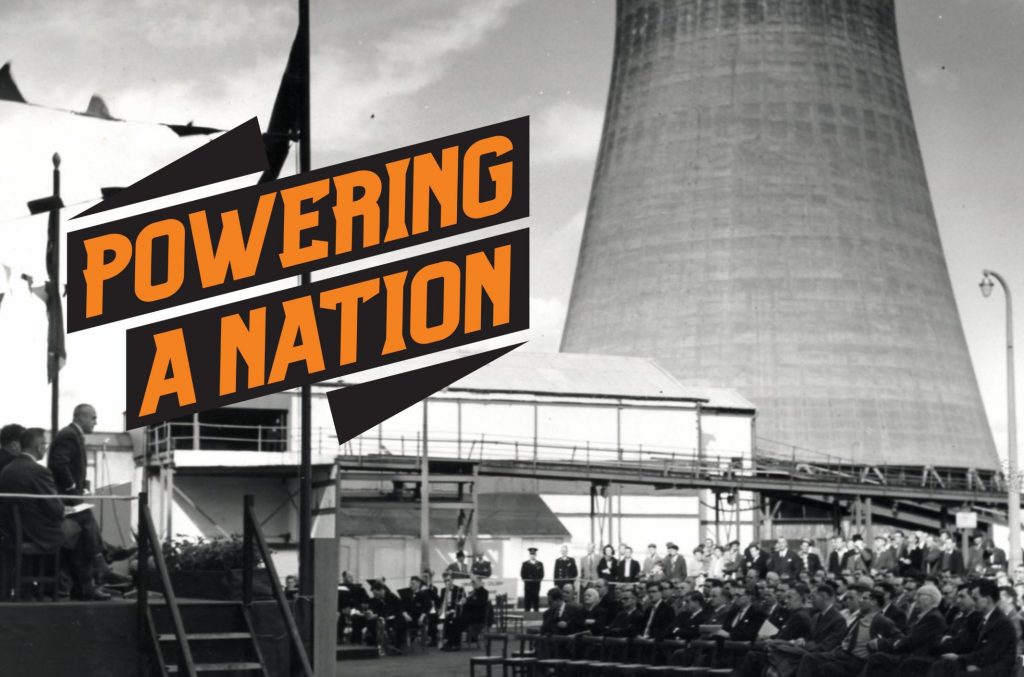 Powering a Nation
We use cookies on our website to give you the most relevant experience by remembering your preferences and repeat visits. By clicking “Accept”, you consent to the use of ALL the cookies. However you may visit Cookie Settings to provide a controlled consent.
Cookie settingsACCEPT
Manage consent