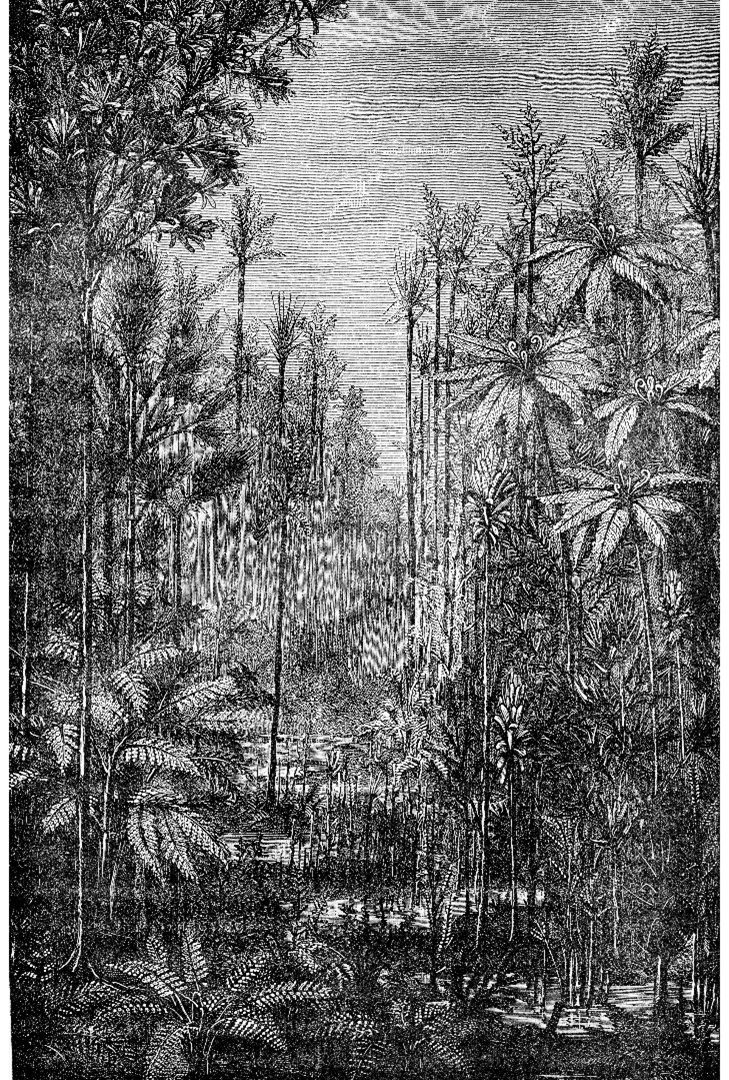 Voices in the Coalshed: Lepidodendron, Amazing Giant from the Plant World

Imagine stumbling into a Carboniferous Forest! 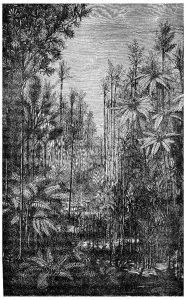 What would it be like wandering amongst trees destined to become seams of coal millions of years later? You’d find murky, swampy lands with giant towering tree- ferns overhead, tangled undergrowth, strewn with boulders … and devoid of other living creatures except giant insects.

You would have stumbled into a time before dinosaurs, 300 million years ago. In the coal forests, grew Lepidodendron –the tallest and most common plant growing to the dizzy heights of 30 metres (Yes…100 feet!) It might look like a tree, but not as we know them today. Their green stem, not trunk, was made from a ring of pithy material. Their leaves resembled grass-like blades and grew straight out of the stem. Consequently, when the leaves shrivelled and died, they left behind scars, so the Lepidodendron is also known as the Scale Tree. In fact, during the 1800’s when their fossilised “trunks” were discovered, they were mistakenly thought to be petrified snakes. Even the plant’s roots resemble giant toes as they clung for anchorage and nutrients above the ground.

So how do we know these strange plants existed? The fossilised remains of such plants eventually became the vast deposits of coal that have been used as a source of power and energy for generations.

Why not, on your next visit to the Museum  visit the Powerhouse and discover a real fossilised stump of a Lepidondenron amongst our  displays!