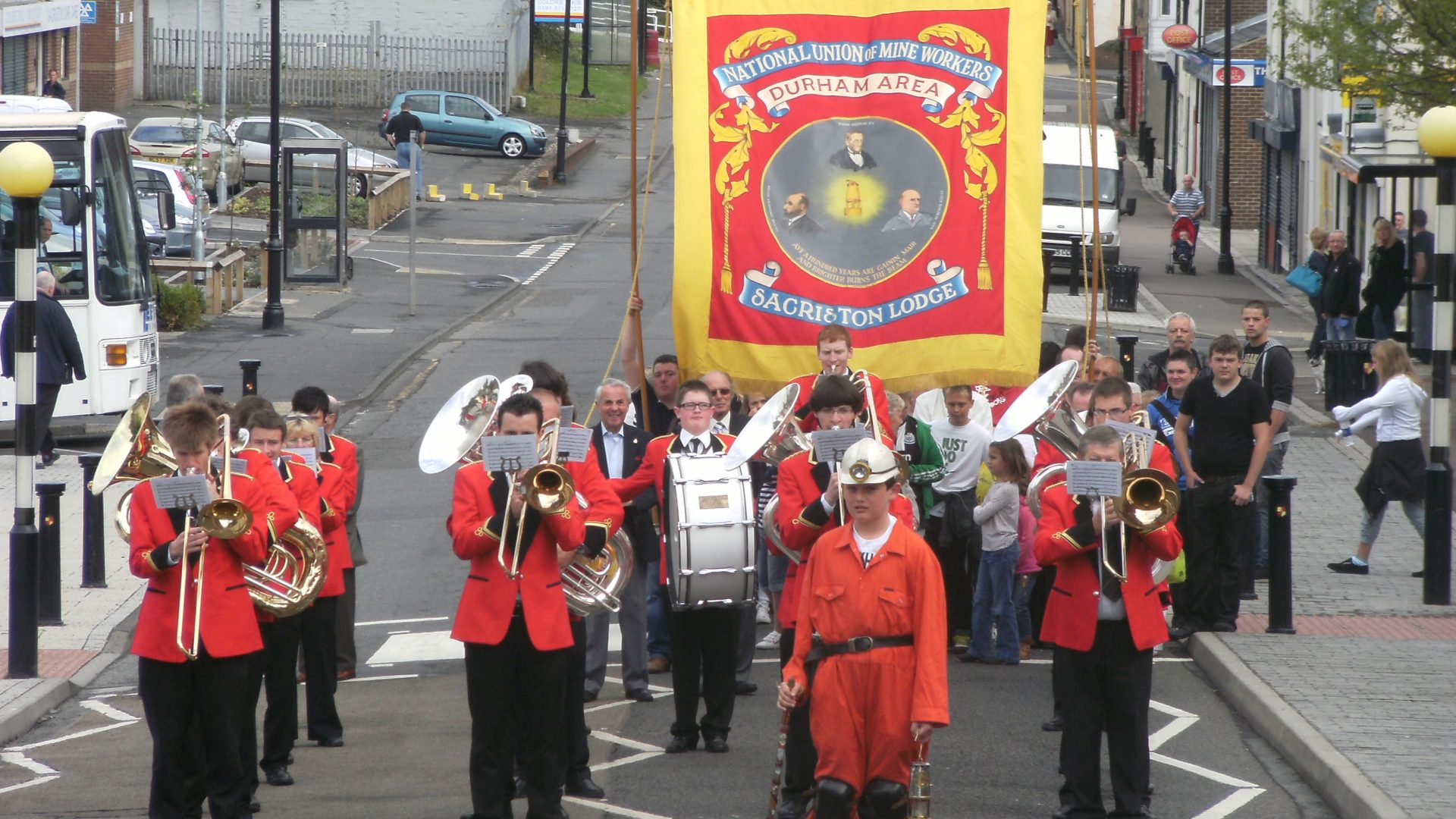 In light of Illumine, we’ll be joined by Hade Edge Brass Band for a weekend full of fantastic music to get us into the festive spirit!

Like many brass bands, Hade Edge have their own long and interesting history, and to celebrate them coming to the Museum, we’re going to share some of it with you. 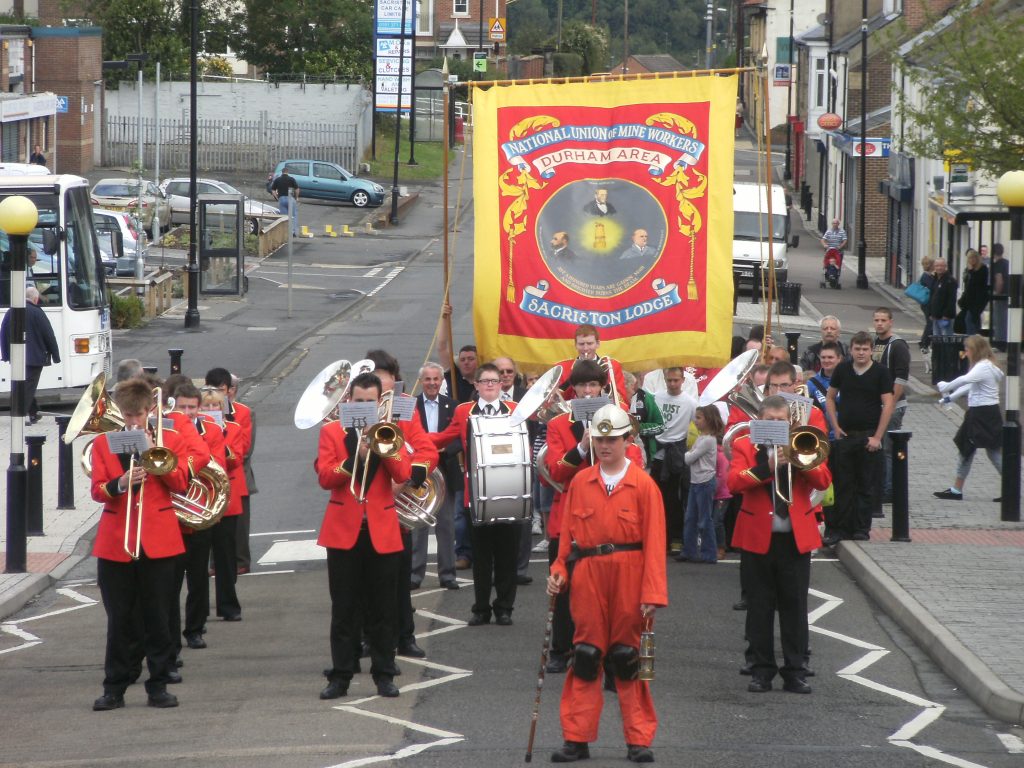 Hade Edge Band is the youngest of the five “valley” bands of which only three exist today. Hade Edge Band was formed in July 1908 by a Sunday School committee of brass band enthusiasts. Instruments were gained from the demise of the Old Moss Band and the bands first conductor was Allan Swallow who received the princely sum of £1.10.0d (£1.50p) per annum. In order to raise much needed funds a garden party was held where a goat was roasted. It was this incident that prompted the design of band’s logo of a GOATS head. The bands first public engagement was in 1909 and they commenced contesting in 1914.

Albert Robinson was appointed conductor in 1927 and led the band (2 spells as MD) until 1958, successfully winning many contests under his baton. A well known Holmfirth bus and coach businessman, Leonard Baddeley, became the first President of the band in 1945. When the winters in Hade Edge became too difficult to reach the bandroom, Mr. Baddeley allowed the band to rehearse in his coach garage in Holmfirth. In 1969 the band appointed Jack Fisher as MD and during his reign of 19 years the band continued to grow in stature and win many trophies. In 1988 and 2000 the band led the world famous Denby Dale Pie celebrations. 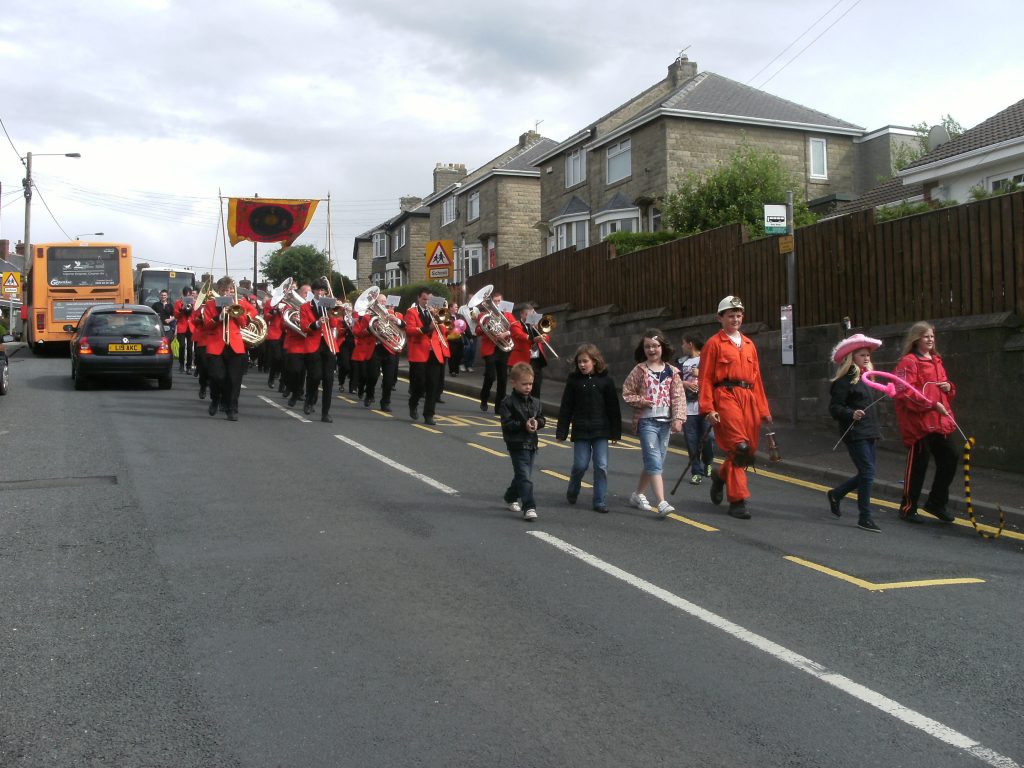 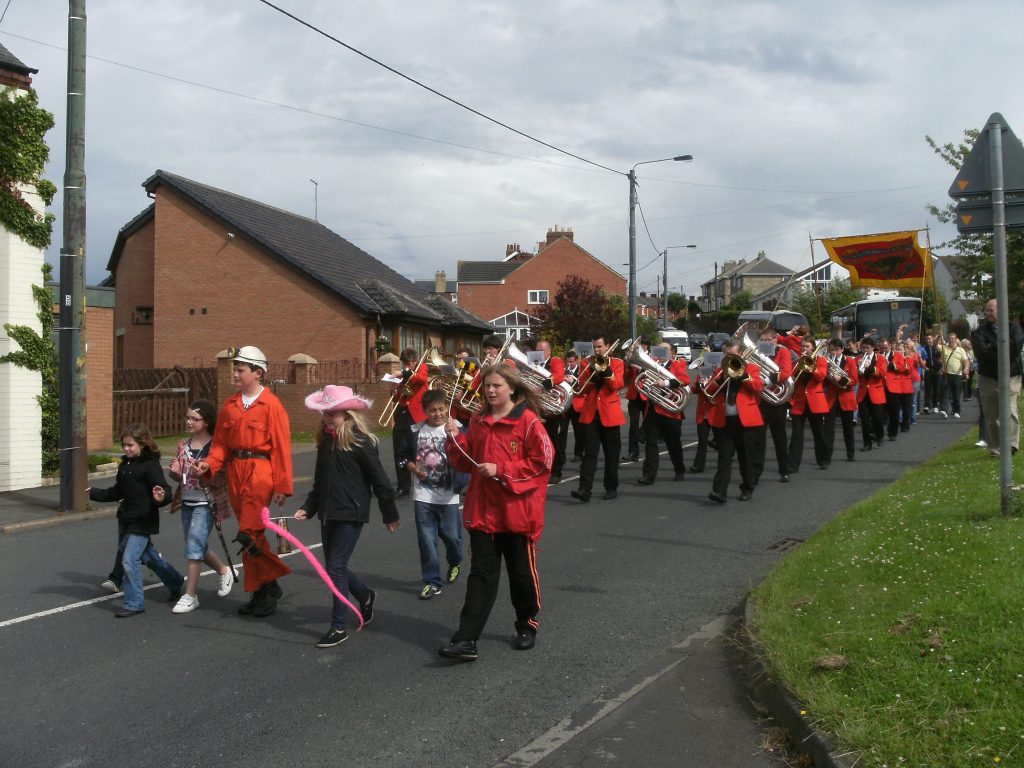 The band’s association with the Dickinson family began in 1979 when Joseph Dickinson became the bands President and two years later his brother Edgar took the Presidency which he held until his death in 2011. During this period the band had five MD’s and success came in 2002 when the band became National Champions of Great Britain in the 2nd section of banding. This followed promotion into the first section and eventually the Championship section but only for a short period before returning to the first section where they currently exist. During this period the band performed at the Lawrence Batley Theatre in Huddersfield as the featured band for the stage performance of “Brassed Off” and also a six part TV series called Yorkshire Brass. In 2014 the band realigned due to the passing of Edgar Dickinson and appointed Jonathan Beatty as MD. In 2018 the band celebrated their 110th year anniversary with a special concert in St. Pauls Hall, Huddersfield. This was followed  in 2019 when the band held a “themed concert” covering all the music from the film/stage show “Brassed off” and told the story through a narrator Jon Hammond. In 2020 the band appointed a new MD, Jamie Smith and moved back up to the First Section of banding in 2021. Since 2010 the band have attended the national event in Durham, well known as the Durham Miners Gala and have represented the village of Sacriston which is just outside Durham every year since. It is an event the band looked forward to every July as it is one of the best showcases for brass bands in the country and an excellent link into many band’s heritage through coal mining, textiles and engineering. If it were not for these three main industries, particularly the collieries that existed at the time, there would not be the number of brass bands in the country today that grew up through the many villages of mining throughout the UK.  Today the organisation at Hade Edge has an establishment of three thriving bands, the Senior band, the “B” Band and a Trainer Band.