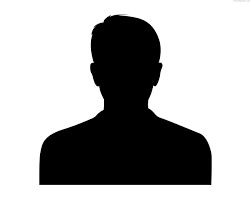 Have you ever heard of miner William Boggon?

Neither had I until I came upon his name in a list of recipients of the MBE in the Queen’s Birthday Honours List in 1965. The more famous people on this particular list were The Beatles. He was listed as the manager of the Ravensworth Ann Colliery in Gateshead. As a member of the museum’s Voices in the Coalshed team this caught my attention. I thought he might be someone I could write about for the project.

I set about trying to discover why he was awarded his MBE and I found – NOTHING! His honour was reported in the local newspapers but only as part of a list. I searched archives, museum websites, The London Review – NOTHING!

I looked for information about the colliery; it had an eventful story but there was no reference to William. Today, the site of the colliery he once managed is overlooked by The Angel of the North.

Why William Boggon was awarded his MBE is still a mystery; but it is just this sort of mystery which makes being part of the Voices in the Coalshed team so interesting – if slightly frustrating! If reading this has made you want to find out more, then why not get in touch and have a chat about joining us?

If, on the other hand, you are reading this and thinking, “I know why William Boggon got his MBE.” please get in touch and put me out of my misery!