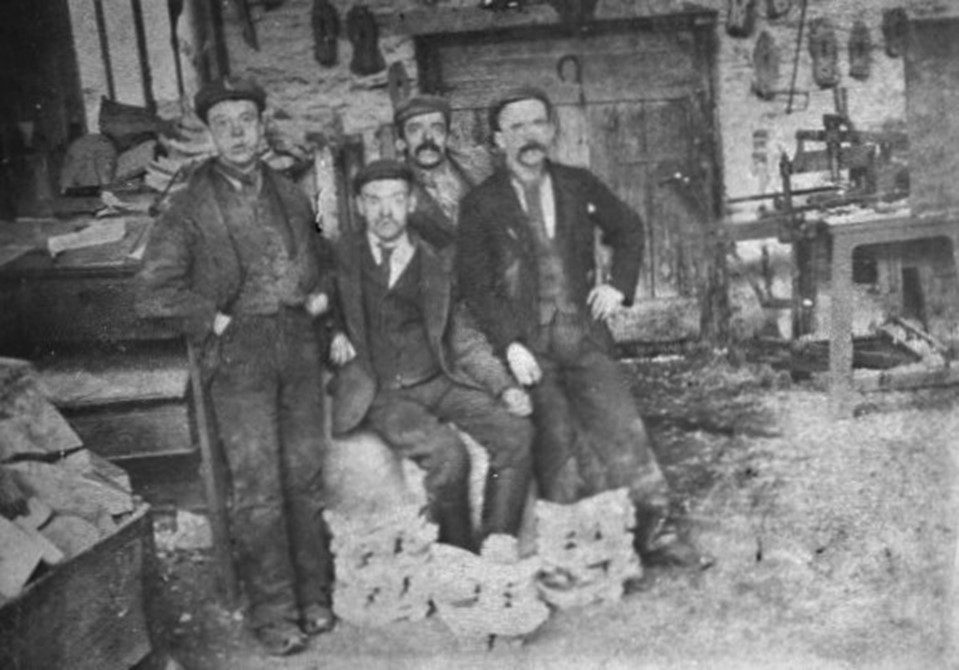 Voices in the Coalshed: What’s in a Name?

What’s in a name?

Take Cluntergate, a street in Horbury, West Yorkshire.  Cluntergate has two meanings – one suggested meaning is that it came from the Viking word ‘klunter’ meaning logsor blocksand’ gata’ meaning a path or road.

The dialect word clunter is either a big lump or clattering noise. I can picture Cluntergate being a muddy thoroughfare up the slope into Horbury with logs laid down along the boggier parts. Any cart approaching this way would clatter as it negotiated the logs.

Over the years, the other meaning is thought to be “Clattergate” as the road became associated with the noise the colliers’ clogs made as they “clattered “over them on their way to the pits.

Can you see the wooden soles on the floor? The patterns hanging on the wall?

Lesley, a museum volunteer, cites her mother-in –law’s written recollections of living on the junction of Stringer Lane and Cluntergate

“We were often woken up early in the morning by the sound of colliers going to work in the pits. They wore clogs which used to clatter on the road and could be heard quite a distance away.”

Can you unearth a mining story linked to a street name near you?