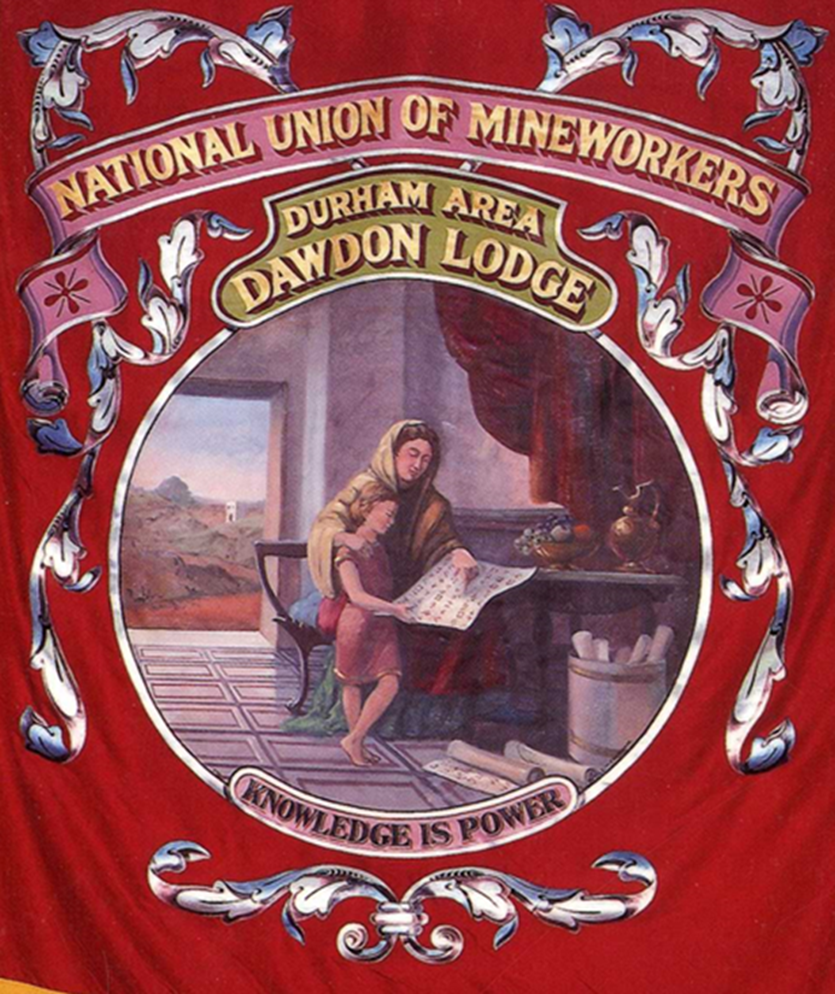 Voices in the Coalshed: The Meaning of Banners

United we stand for union and strength is only one of many mottoes used on banners. It is, of course, a shortened version of “United we stand, divided we fall.” Its phrase embodies its desire to unite like-minded men to work together for their common good.

Banners essentially began as large flags which identified the colliery and its belief.  Different collieries had their own mottoes and symbols. On Gala days, they took pride of place – adding a physical presence behind which the community would “rally” to enjoy the eagerly awaited atmosphere of a day out!

Banners were a rallying call to be paraded through the town. They were often preceded by a brass band …their members being miners, who took solace, through the musical camaraderie. The banner was a visible presence at Gala Day with its emphasis on enjoyment of brass band music, picnics, beauty pageants, pigeon displays and…a day above ground – in the fresh air… As well as the opportunity to host political voices to enlighten others, they also encouraged unity and strength.

The images and symbols often depicted social concerns, cultural issues or political allegiance to sympathisers such as Harold Wilson, Kier Hardie, and Tony Benn. The main themes were often centred around comradeship, welfare and a voice for social justice.  Mottoes often were a positive call for social justice. Initially, the words chosen to go on banners were a way of highlighting the workers’ struggles, such as the need for nationalism.

However, the banner became more than just an icon. It began to evoke a sense of belonging, of pride, of the value of tradition: a symbol of the community spirit.

The motto, “Knowledge is Power,” is a personal favourite, which emphasises strength through study rather than physical strength.

Which motto evokes a mining community’s spirit best in your opinion?  Please share it with us as we seek to keep the spirit of banners alive with our own banner project!