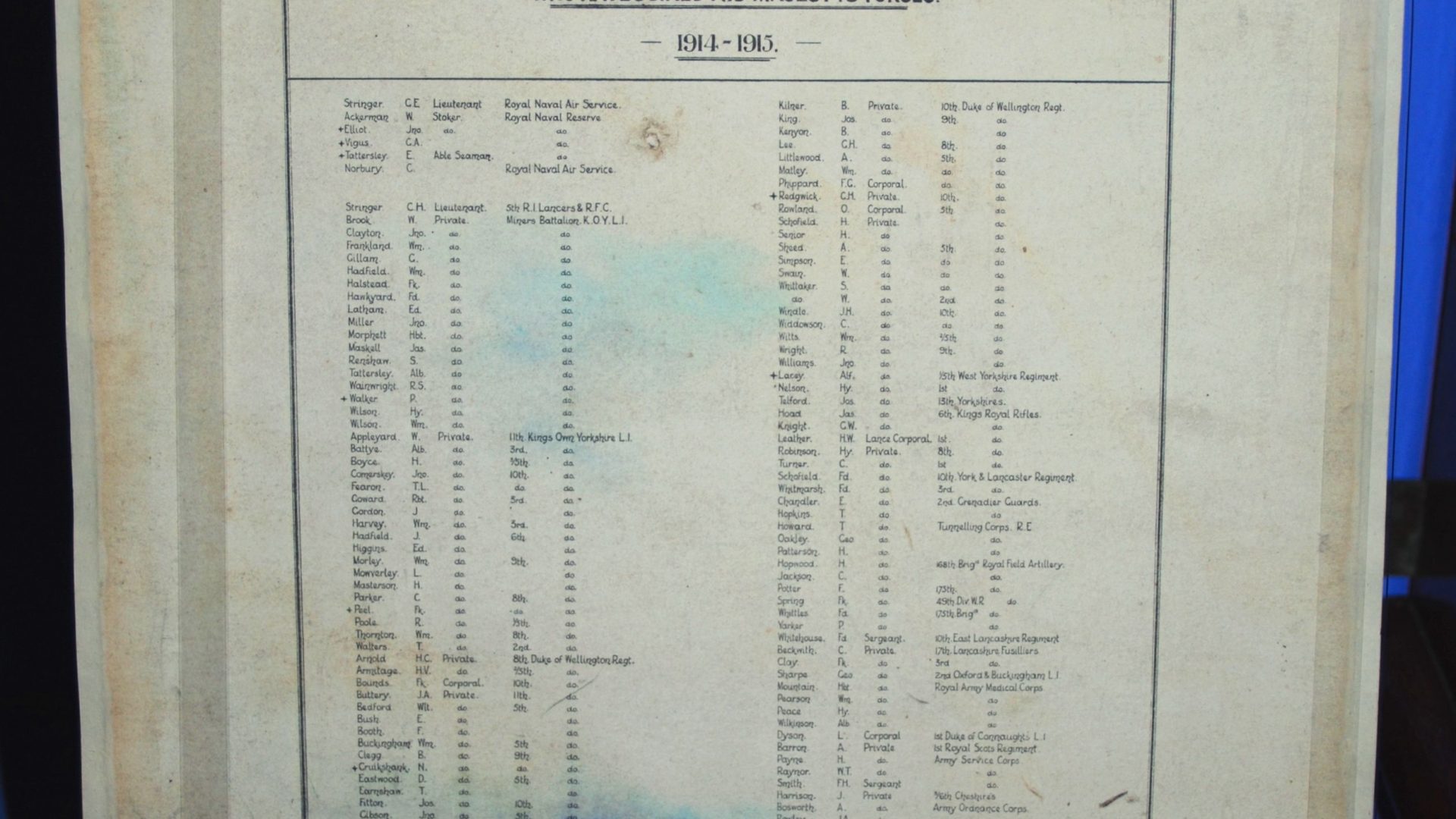 Voices in the Coalshed: Press Ganging at the Pit

Official documents held in our collection tell us a lot about the lives of miners, but do they tell us the whole story?

This document from Park Mill and Emley Moor Colliery lists miners who left the pit to join and serve in the armed forces in WW1. 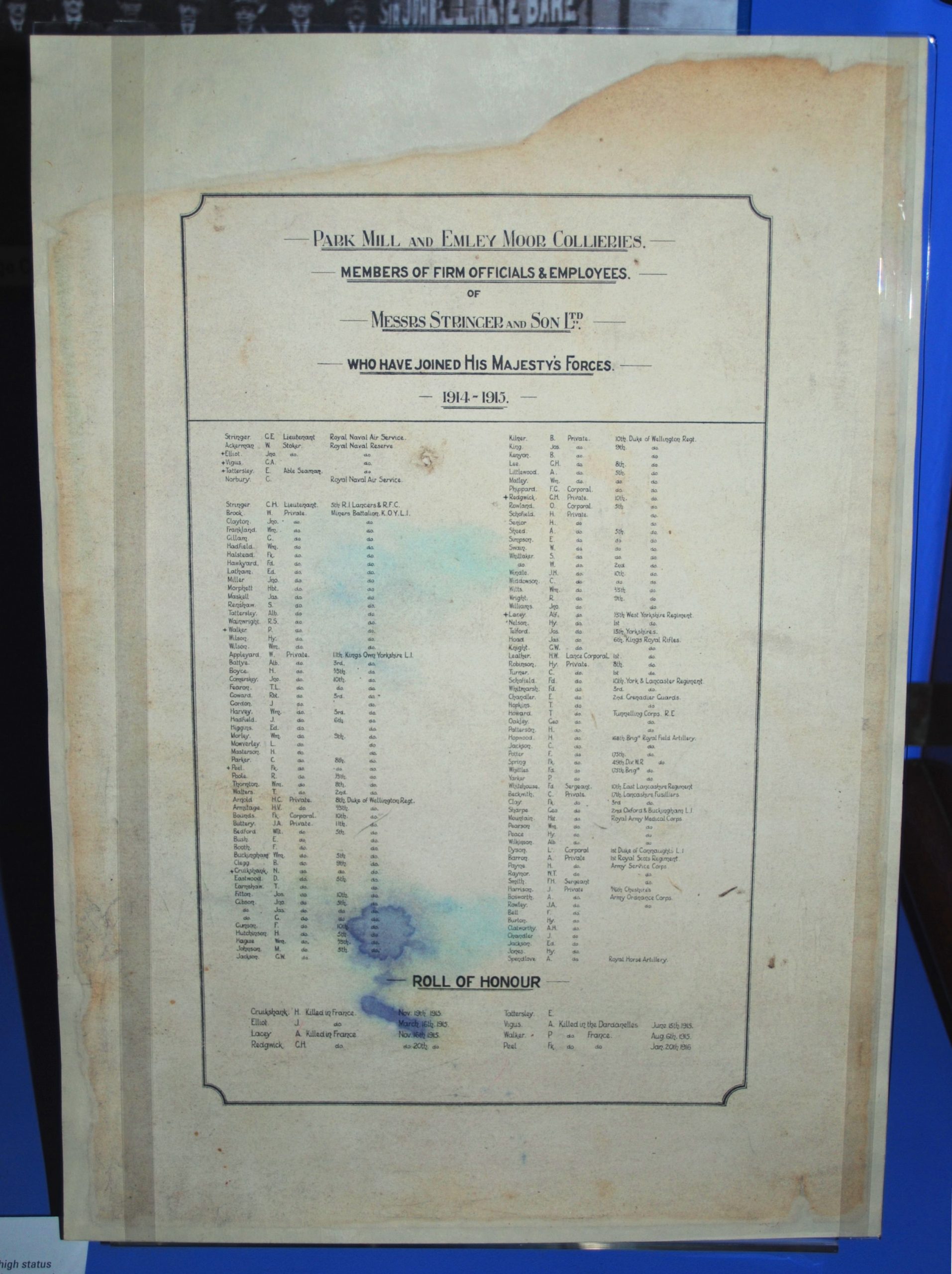 The use of the word ‘join’ suggests that this was from choice. We know that many men did ‘join’ voluntarily from the first- hand knowledge of relatives. C. Parker, listed here, was related to one of our volunteers. That volunteer has researched the story of those who were subject to more persuasive tactics.

During the conflict, some miners were removed from their pit by small roving parties of military personnel. The story of this coercive enlistment is told in R.D Woodhall’s ‘The ‘Sitlington Story’, a copy of which is held in the museum’s library. It recounts the story of four men being taken directly from Denby Grange Colliery, Wakefield where they were effectively press ganged into ‘joining’ up!

Many of these men, because of their civilian occupation, formed tunnelling companies on the western front. They would tunnel out across no-man’s land and under enemy lines where they would plant bombs or listening devices.

Have you ever been press-ganged into doing something you didn’t want to do?