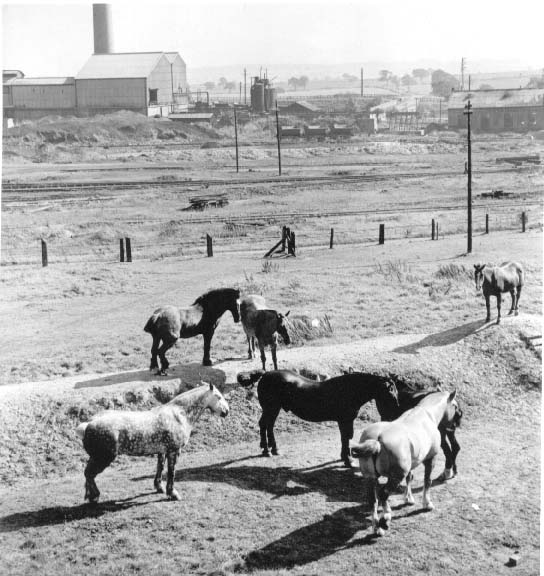 Voices in the Coalshed: Pit Ponies on Holiday

Did you know that ponies went on holiday?

For two weeks during August, the pits closed for the miners’ holidays and the ponies at Denby Grange Colliery, Wakefield were brought up from their underground stable. It was their holiday too. The ‘holiday’ destination was a lush field with plenty of grass and fresh air, a novelty not found underground.

The ponies were free to run around, free from their working harness. They could rest quietly under a natural tree rather than feel the constant knocking of the ‘swingletree’ against their hips. The hook in the centre of this ‘swingletree’ section of the working harness was attached to the coal carts the ponies hauled.

Children from adjacent villages would rush up to the field to feed the ponies treats of carrots which had magically disappeared from their mothers’ larders!

The pit ponies at the Museum aren’t going on holiday this summer, but they will be moving to their new home, NCM’s new purpose-built Pony Discovery Centre.

Can you remember feeding ‘holidaying’ pit ponies near you, as a child?

Or have you met one of our ponies?