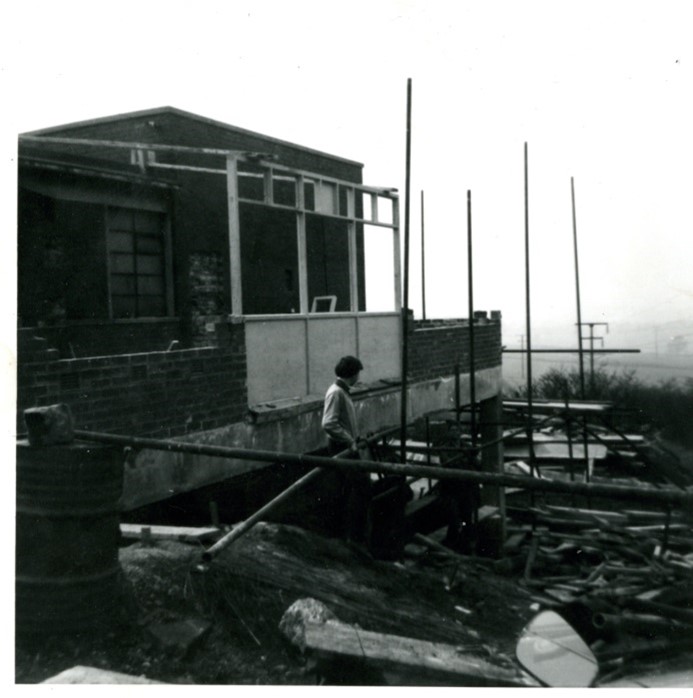 Until the 1920s, most pits in Britain had no washing facilities. The men finished their shifts and went home in their dirt. Provision was compulsory in France, Belgium and Germany by 1914, but in Britain only ten collieries had baths before 1920.

The pithead baths at Caphouse Colliery opened in 1938 thanks to some help from the Miners Welfare Fund. Since its opening, the baths have been extended due to the transfer of more men to the pit following the closure of collieries such as Grange Ash and Crigglestone in about 1965-6. 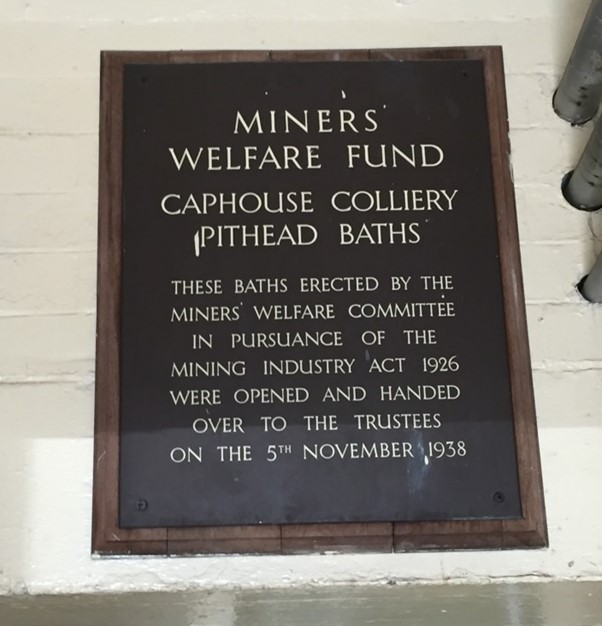 “An outside influence came from the Miners’ Welfare Fund who paid for the construction of pithead baths in 1937-38, the colliery company paying for the contemporary and adjacent block with its lamp room, wages room and managers office” – Extract taken from the 1997 Caphouse Colliery Conservation Plan, Historical & Architectural Report. Notice the lamp room used to be down by the baths, not up by the shaft like it is today!

The Miners’ Welfare Fund, established in 1921, was funded by a levy on coal. One half-penny (later one penny) went into the fund from each ton of coal raised. This money provided recreation grounds, miners’ institutes, convalescent homes and public baths, as well as pithead baths and later canteens. Between 1928 and 1930 there were 127 bath schemes, and by the end of World War II baths were available for around 63% of the workforce.

A baths attendant kept the baths spotless, making sure that the clean and dirty sides stayed separate and didn’t mix. He would sell tobacco, working clogs, and, in the earlier days, bathing trunks for modesty. Hair gel was also provided for the miners for free from a dispenser, however they did have to cough up if they wanted some soap!

Upon arriving at the pit, they would leave their home clothes in the clean lockers, before picking up their soap and towel and heading over to the dirty side. There they would dress in their work clothes and pit boots before going to the lamp room to collect their lamp and make their way over to the shaft.

At the end of their shift, this process happened again but in reverse – all dirty work clothes and boots would be left in the lockers to dry overnight, with the miners then having a shower, going over to the clean side and putting on their home clothes.

The Medical room at Caphouse was in use until the colliery closed, and then acted as the emergency room for the Museum, in the event of an underground incident, until 2002.

First aid provision at coal mines was a must due to the dangerous nature of the job. In just one year during the 1920s, 1297 miners were killed at work, while 212,256 were seriously injured.

The Mines Medical Service began in 1943, but a more comprehensive scheme was created when the industry was nationalised. Each coalfield had a medical officer and colliery nurses who might look after several pits.

The medical team at the pit played an important role in encouraging men to have small injuries treated, and also in preventative medicine. The X-ray scheme, which began in 1959, used a mobile unit to check on lung condition of underground workers.

Discover more about the Pithead Baths by paying us a visit and seeing the building in person, or head over to our Interactive Map for some exclusive content!