Voices in the Coalshed: The Hartley Calamity 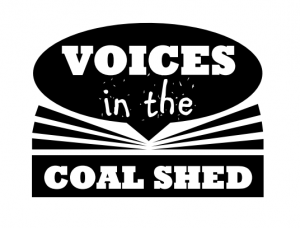 Today is the 160th anniversary of the Hartley Calamity. On the 16th of January 1862 disaster struck the Hartley Colliery in the Great Northern Coalfield, resulting in the deaths of 204 men and children.
The story of this incident is a tragic one and one which had an impact beyond Northumberland where the colliery was situated. It caught the attention of the nation.
The tragedy has been commemorated in many ways including a memorial garden which was opened in 1976. It bears the thought provoking words, “When we walk in bluebell woods we will remember.”
You may also read, The Hartley Calamity by Joseph Skipsey who wrote:
‘”Are we entombed?” they seem to ask,
For the shaft is closed, and no
Escape have they to God’s bright day
From out the night below.’
The pit was close to the sea and suffered constantly from water; a pump was installed to help with this problem and it was this pump which caused the disaster. At 10 am on Thursday 16th January, the great beam of the pumping engine broke and fell into the shaft. The cage, which was on its way to the surface carrying eight men, was badly damaged and only two of the men inside it survived. The men working underground, two shifts, were trapped with no other way to leave the mine than the blocked shaft. All lost their lives 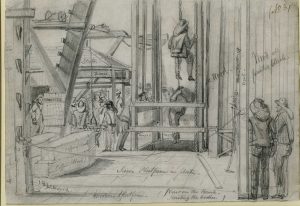 Although of no consolation to the families of the dead, the disaster led to a significant change in mining regulations and many deaths were prevented.

“…it shall not be lawful for the owner of an existing mine to employ any person in working within such mine, or to permit any person to be in such mine for the purpose of working therein, unless there are in communication with every seam of such mine for the time being at work at least two shafts or outlets …”
From that point onwards there had to be a second exit which could be reached by workers on any coalface. This is the legacy of those who died at Hartley Colliery.
If you would like to learn more about the Hartley disaster, visit the Mining Lives Gallery on your next visit to NCMME?