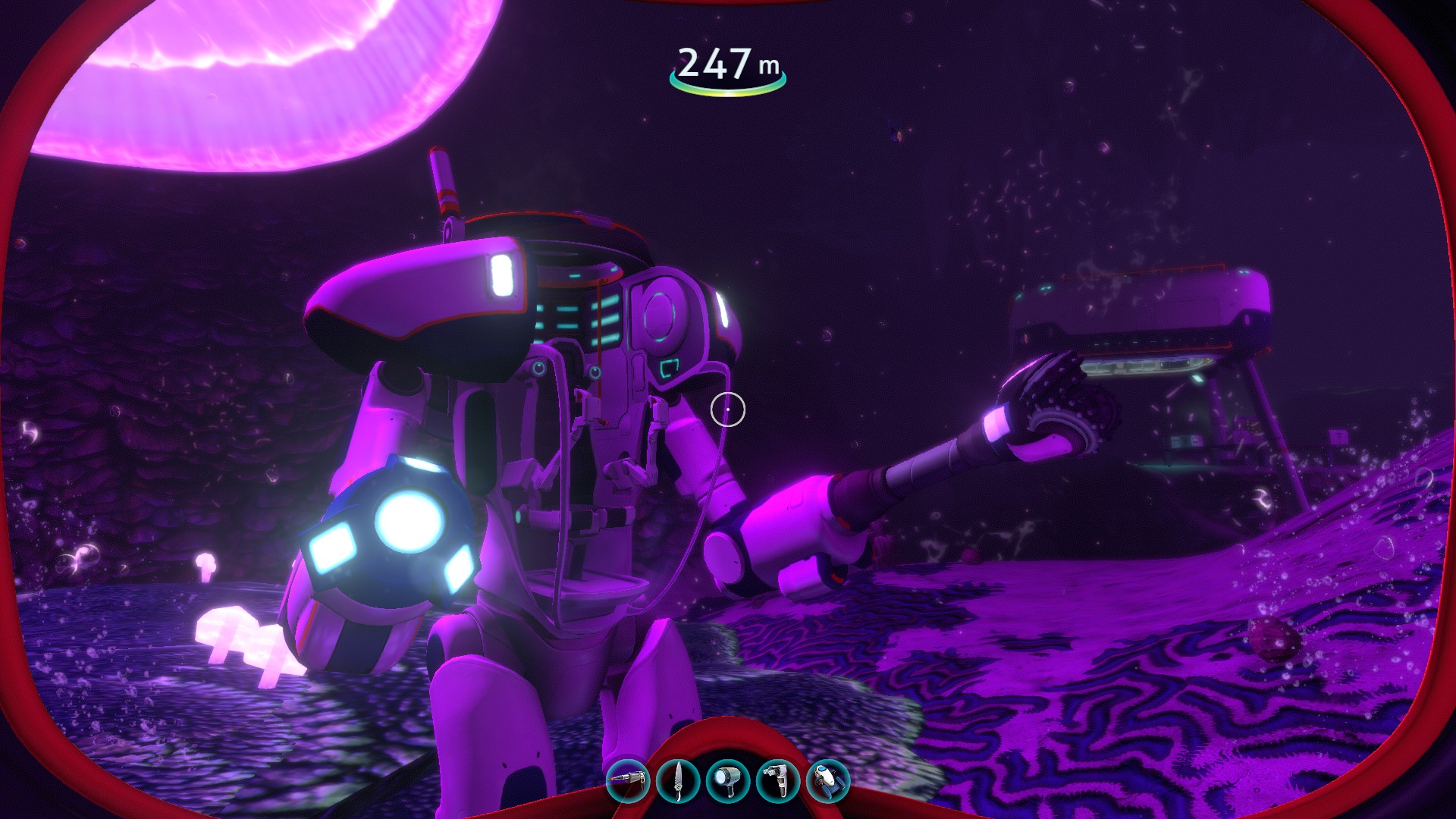 In the final blog post of this series, I thought it would be interesting to look towards the future of mining as represented in video games. We’ve looked at the raw materials and the hazards of searching for them; the items needed to undertake these adventures, such as cap lamps, pickaxes and drills; and the pure joy of milling about in a minecart. We’ve also briefly touched upon surface mining and sub-surface mining, but what about the mining that doesn’t fit within these boundaries?

It’s easy to imagine that mining is done either underground or overground, and most of these games back up that idea with this being the only options available, but let’s think laterally for a moment: roughly 71 percent of the Earth’s surface is water-covered, so what might we find in those inky depths? And this is only if we limit ourselves to the planet we’re sat on. The human race is bringing back rock samples from outer space with an increasing interest in what can be found out there.

Mining Fact: Coal mining also took place under the sea. Miners at Ellington Colliery in the North East travelled miles beneath the North Sea to get the coal. As you would expect water was a problem with around one million and twenty thousand gallons of water needed to be pumped out of the workings each day.

Bringing it back to games, Subnautica (2014) is an open world survival video game where the player protagonist has become stranded on an alien planet covered in water. The game has no weapons, and death by overly curious wildlife or lava-like environmental hazards respawns the player to a safe location. The focus is on Deep Sea exploration, often through piloting submarines to check out teeming coral reefs and cave system biomes: an advanced version of what currently happens in real life.

The mining that must be undertaken is also underwater, and this is where the Pressure Reactive Armored Waterproof Nano Suit Mk.III (PRAWN suit) – which must also be crafted – comes in handy. Allowing the player to climb into a mesh suit and get to the task at hand, the futuristic PRAWN suit can be fitted with a Drill Arm that will cut through all sorts of foreign, alien matter to get to the deposits underneath.

It’s fascinating to note that in the late 22nd Century, at least in the version predicted by Subnautica, mining operations still have to be undertaken by a person operating a drill; it’s still an essential skill. This is also the case in other games set in some semblance of the near-future, such as No Man’s Sky (2016).

We’ve seen pickaxes and shovels aplenty in this blog series, but No Man’s Sky is all about mining with lasers. The player has a number of routes open to them in this task: they can build Mineral Extractors and Autonomous Mining Unit if they wish to keep their hands clean, with these being building add-ons that they can craft; they can grab their trusty hand-held Multi-Tool and shoot harvesting beams at rock formations they come across in the open environment; or they can take to outer-space, using the weapons on their spaceships to blast asteroid fields for base materials and exotic minerals.

Mining Fact: Lasers were also used in British mining, but rather than something to cut through rock, they were a tool for surveyors to ensure accurate and straight roadways.

So much of what we see of mining in video games is based on largely antiquated conceptions of the past, but what we see with games such as Subnautica and No Man’s Sky is forward looking. Sure, these fictional worlds may be based on technology that doesn’t exist (yet), or is used in vastly different ways, but mining has always been about overcoming obstacles to obtain resources.

As we move through the 21st Century, mining operations in real life will have to adapt to new environments and new ways of thinking, so while video games may not directly point the way to what will be possible, it is already thinking about what challenges we will face and how best we can overcome them, using ingenuity and working together to solve problems.

For Grancha Ennis, the original minecrafter.